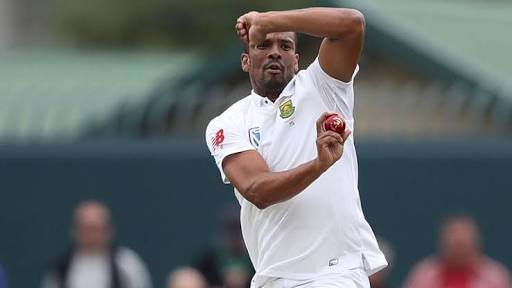 South African fast bowler Vernon Philander has retired from international cricket. He played his last Test match against England. The South African player played 64 Tests for his country before this match. He took 224 wickets in these matches and also scored 1779 runs. Philander suffered from injuries during the last years of his career. Due to this, he could play fewer matches than expected.

Vernon Philander could not win South Africa in his last Test. England defeated South Africa by 119 runs on the fourth day of the match. After the match, Philander was awarded a Momento. However, the match also brought some bitter memories for Philander. He was also fined 15% of the match fees and a negative mark also came in his part. It all happened because of the celebrations he celebrated after dismissing England batsman Jos Butler.

Vernon Philander also played 30 ODIs in addition. He took 41 wickets and scored 151 runs in these matches. He also played seven T20 Internationals, taking 4 wickets and scoring 14 runs. In this way, he played a total of 97 matches in international cricket and has taken 261 wickets. Vernon Philander is South Africa’s third most successful all-rounder. In Test cricket, more runs and wickets are the names of only two all-rounders. These names are Jacques Kallis and Shaun Pollock.

South African captain Faf du Plessis said, ‘I want to thank Philander for his contribution. This team will miss him. We will sit with him in the dressing room at night and relive our memories. ”Philander made his debut in 2011.

Kagiso Rabada ruled out of ODI series against England

Ben Stokes fined by ICC for a verbal altercation with a...