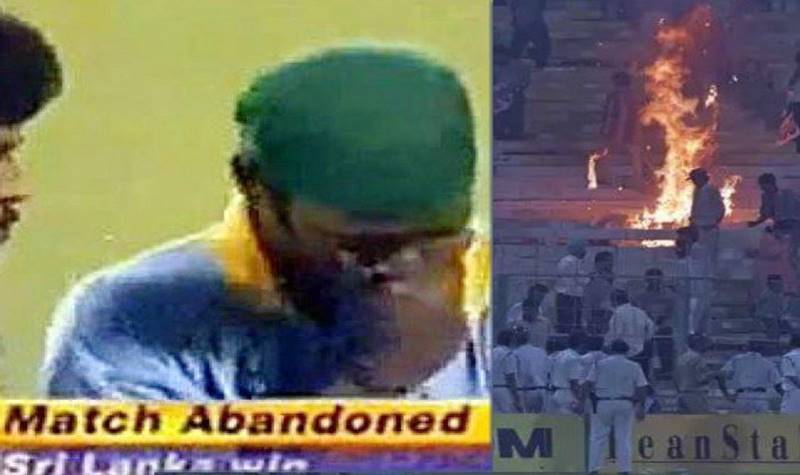 Indian cricket has always been dominated by the legendary players. Not only this, Team India has already been included in the top teams of the world. There have also been many occasions when Indian players have done a tremendous job in the country and abroad, souring the teeth of the opposition. At the same time, there have been many such occasions when Indian cricket has got embarrassed. Today we will look at 5 such occasions. So let’s see:

In the eighth match played at the Port of Spain in the ICC World Cup 2007 held in the West Indies, Team India suffered a 5-wicket defeat against Bangladesh. Not only this, India was also eliminated from the tournament after losing this match. Batting first, the blue jersey team scored 191 runs after being allotted in 49.3 overs, in response to which Bangladesh won the match with 9 balls and 5 wickets remaining and India suffered an ’embarrassing’ defeat. After this, the fans attacked the houses of many Indian players with stones. This incident is one of the most embarrassing incidents in Indian cricket history.

In December 2000, former Indian captain Mohammad Azharuddin was found guilty of match-fixing, after which the BCCI banned him for life, but Azharuddin did not give up and after a long legal battle, the Andhra Pradesh High Court imposed that ban in 2012. Withdrew After this, the former right-handed veteran batsman had said, “I don’t want to blame anyone for what happened. I don’t know why I was banned. “In fact, in 2000 India played a home match against South Africa, shortly after the end of which the Delhi Police were involved in match-fixing of Indian giants. The matter was revealed to everyone. At that time, the then South African captain (late) Hansi Cronje was also accused of match fixing. It is considered to be the darkest chapter of world cricket.

The Indian cricket team was chasing Sri Lanka’s target of 252 runs at the Eden Gardens ground in Kolkata in the semi-final of the ICC World Cup 1996. During this time, 8 wickets had fallen on the score of 120 runs of the hosts, due to which the Indian fans started throwing bottles and fruits in the field in anger. Not only this, he also set fire to the seats, after which the match had to be stopped there and could not be restarted, due to which the Sri Lankan team was declared the winner of the match. This incident is still one of the most embarrassing cases in Indian cricket history.

4 times Indian cricketers gave it back to the opponents

3 uncapped Indian bowlers who can make it big

5 bizzare facts about Indian cricket that are actually true