Batting first Bihar posted a total of 357 runs on the board with MS Dhoni highest 84 runs. In reply, riding on Yuvraj Singh’s 358, Punjab took an unassailable lead of 482 runs after scoring a mammoth 839 runs and thus taking away that year’s tournament with a decisive lead. 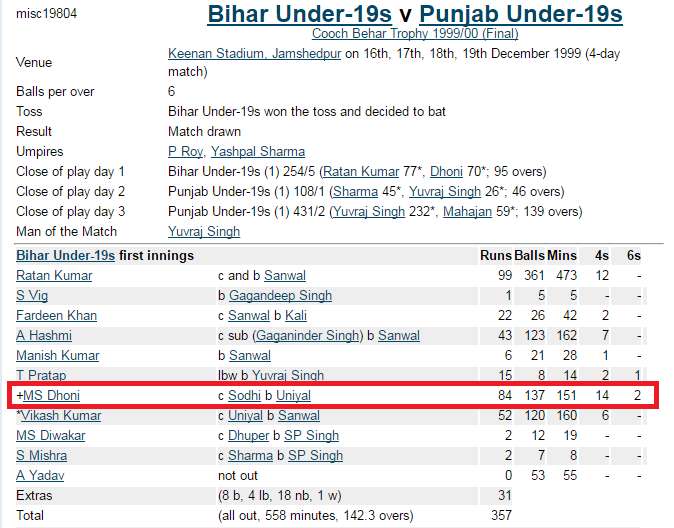 Sushant played Dhoni’s role in the flick while Kiara Advani played Dhoni’s wife Sakshi’s character. Disha Patani was the other actress who plays the role of Dhoni’s ex-girlfriend who lost her life in a car accident.

Bollywood actor Sushant was found dead at his Bandra residence after reportedly committing a suicide.

Mohammad Amir to come out of retirement?