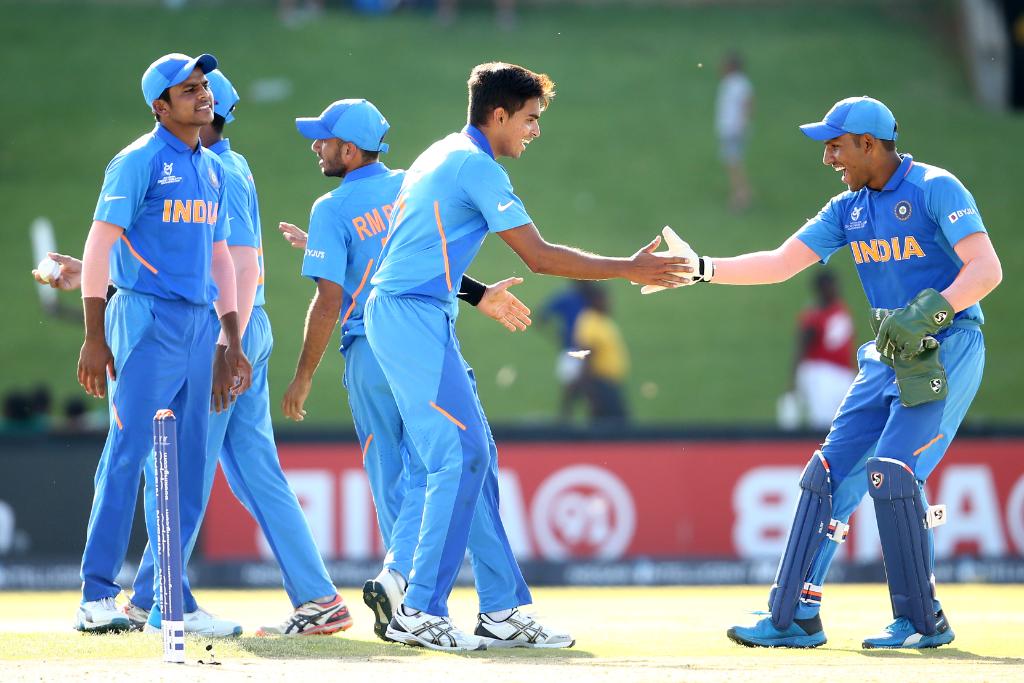 The four-time champion Indian cricket team has made a bang in the ICC U19 Cricket World Cup. The U19 Team India played their first match in the tournament on Sunday. They defeated Sri Lanka by 90 runs in this match. The Indian team is in Group A in the ICC U19 World Cup 2020. Apart from India and Sri Lanka, New Zealand and Japan are also in this group.

Defending champions India scored 297 runs, losing four wickets against Sri Lanka in their first group match of the ICC Under-19 World Cup at the Mangaung Oval ground. In response, Sri Lanka was allotted by scoring 207 runs. From India, Akash Singh, Ravi Bishnoi and Siddhesh Veer took two wickets each. Karthik Tyagi, Sushant Mishra and Yashasvi Jaiswal got one wicket each. Nipun Perera scored 50 runs, the most runs for Sri Lanka.

Fifties from Yashasvi Jaiswal, skipper Priyam Garg and Dhruv Jurel guide India U19 to 297/4 against Sri Lanka U19 in their opening match of #U19CWC.

Sri Lanka won the toss of the match and decided to bowl first. The Indian team performed excellent batting. From their side Yashasvi Jaiswal scored 59, Captain Priyam Garg scored 56 and Dhruv Jurel was 52 not out and three of them scored half-centuries. Tilak Verma scored 46 and Siddhesh Veer was unbeaten with excellent innings of 44.

Yashaswi and Divyansh Saxena gave India a good start by adding 66 runs for the first wicket. Divyansh scored 23 and was out on the same total after hitting three fours in 27 balls. After this, Tilak and Yashasvi took the score to 100. Yashaswi was dismissed for a total of 112 runs after putting eight fours off 74 balls. India’s third wicket as Tilak fell for 171 runs.

Tilak faced 53 balls and hit three fours. After Tilak was dismissed, Captain Garg along with Jurrell took the score to 200. Priyam was dismissed for a total of 234 runs. Priyam hit two fours in a restrained inning of 72 balls. After this, Jurel and Veer did not allow India any more damage. Both added 63 runs from 46 balls for the fifth wicket.

Jurel hit three fours and a six in an innings of 48 balls while Veer faced 27 balls and hit six fours and a six. Amshi Oren, Ashian Daniel, Dilshan Madushanka and Kavindu Nadeeshan took one wicket each from Sri Lanka.