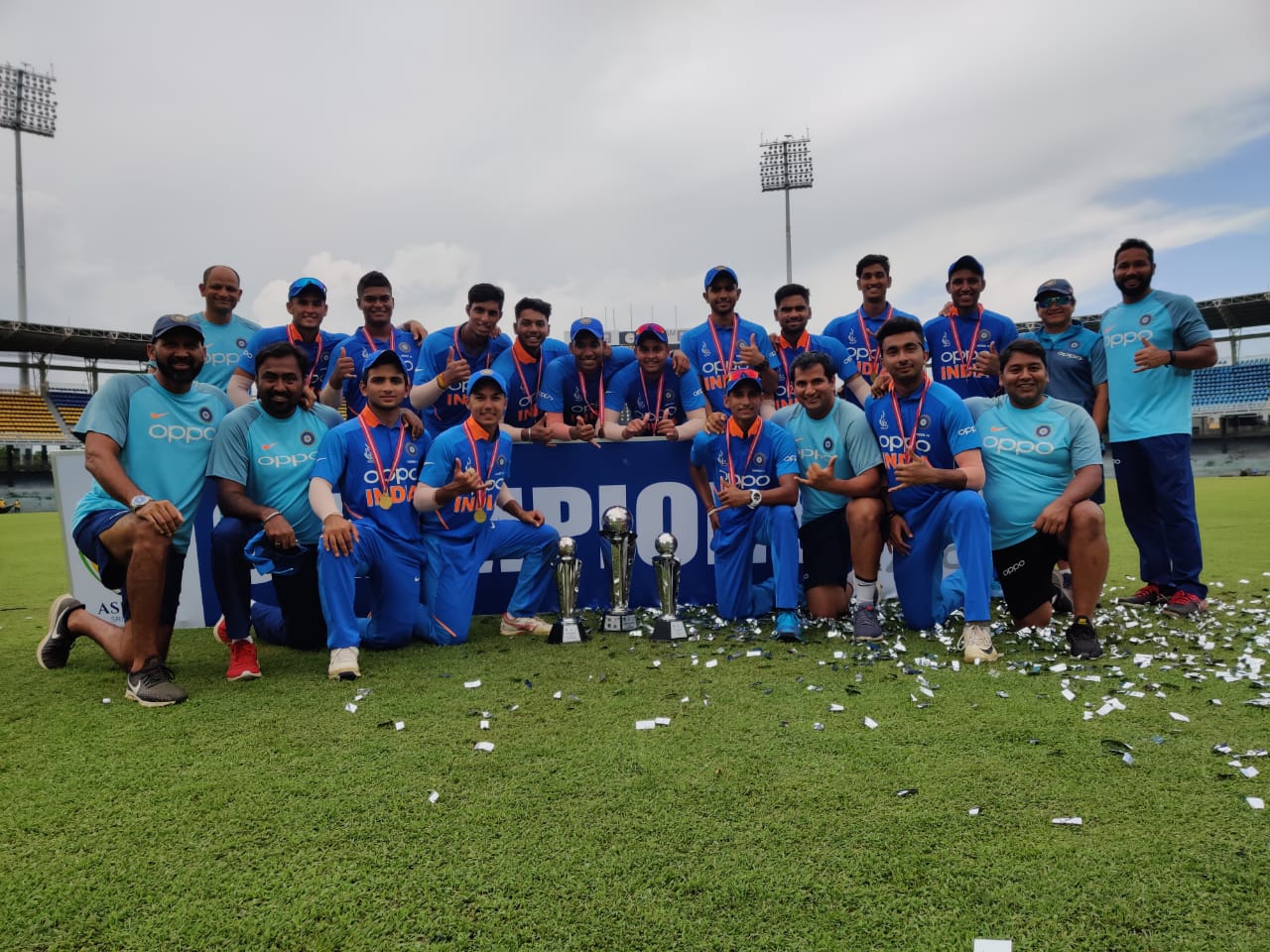 India defended a target of 107 in a low-scoring game and lifted the U19 Asia Cup after beating Bangladesh by 5 runs in Colombo on Saturday. Batting first, India never looked in control of the situation and lost wickets at regular intervals to get bowled out for 106. Karan Lal top-scored with 37 while captain Dhruv Jurel struck 33.

Later, the Indian bowlers dominated Bangladesh batting line up and reduced them to 78/8 before Tanzim Hasan Sakib and Rakibul Hasan steadied the ship for their side. Sakib scored a 35-ball 12 while Hasan remained unbeaten at 11 off 34. The two had compiled a partnership of 23 runs before a brilliant move from the Indian skipper to get Atharva Ankolekar back in the attack did the trick.

Ankolekar first trapped Sakib in front of the stumps and then cleaned up the last batsman Shahin Alam three bowlers later for a duck to hand India a win.