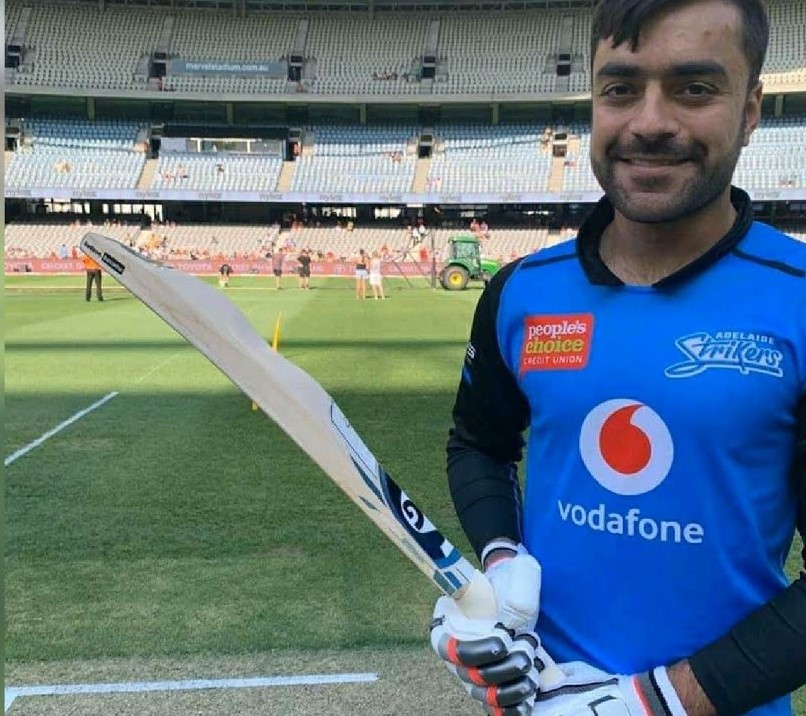 Afghanistan’s star cricketer Rashid Khan performed brilliantly while playing for the Adelaide Strikers team in the Big Bash League (BBL) being played in Australia. He made a quick 25 from 15 balls with the help of two fours and two sixes from ‘Camel Bat’.

Rashid Khan made everyone come up with his ‘Camel Bat’. In such a situation, what does ‘Camel Bat’ tell you? The back of the bat is habitually pressed with both chutes and embossed in the middle, but this bat has ups and downs like a camel’s back. That is why this bat is named ‘Camel Bat’. At the same time, Sunrisers Hyderabad has asked Rashid to bring this ‘Camel Bat’ for IPL 2020.

Let me tell you that this is not the first time that a batsman has landed on the field with a different type of bat. Earlier, former Australian batsman Matthew Hayden has played with Manguz Bat in IPL. Rashid’s all-round performance helped the Adelaide Strikers win.

Sachin Tendulkar thanks traffic cop for going beyond duty & saving...

‘Don’t ask till January’: MS Dhoni shuts down question on his...