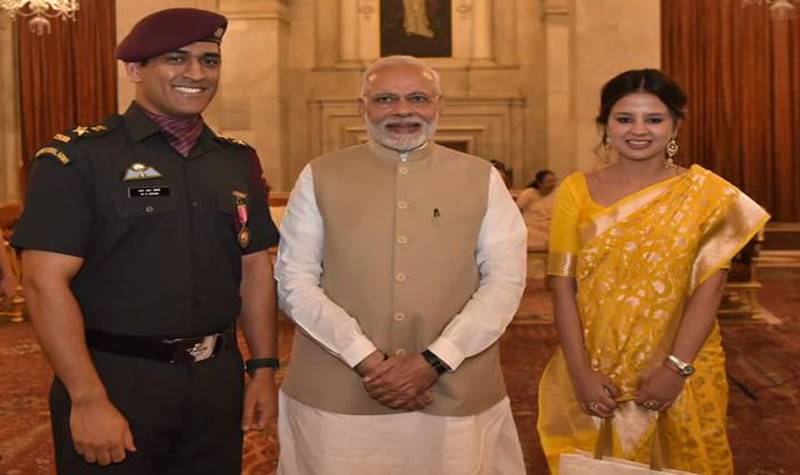 PM Narendra Modi wrote a heartfelt letter to former India skipper MS Dhoni who announced his retirement on Saturday. The Prime Minister acknowledged the wicket-keeper batsman’s achievements for the country.

On 15th August, in your trademark unassuming style you shared a short video that was enough to become a long and passionate discussion point for the entire nation. 130 crore Indians were disappointed but also eternally grateful for all that you have done for Indian cricket in the last decade-and-a-half.

One way to look at your cricketing career is through the prism of statistics. You have been one of the most successful captains, instrumental in taking India to the top of the world charts. Your name will go down in history as being one of the world’s batting greats, among the greatest cricketing captains and certainly one of the best wicketkeepers the game has seen.

Your dependability in tough situations and your style of finishing matches, particularly the 2011 World Cup Final, will forever be etched in the public memory for generations.

But, the name Mahendra Singh Dhoni will not be remembered merely for his career statistics or specific match-winning roles. Looking at you as just a sportsperson would be injustice. The correct way to assess your impact is as a phenomenon!

Rising from humble beginnings in a small town, you burst onto the national scene, made a name for yourself and most importantly made India proud. Your rise and conduct thereafter give strength and inspiration to crores of youngsters who like you have not been to cushy schools or colleges, neither do they belong to illustrious families but they have the talent to distinguish themselves at the highest levels. You have been one of the important illustrations of the spirit of New India, where family name does not make young people’s destiny but they make their own names and their own destinies.

Where we come from does not matter as long as we know where we are headed – this is the spirit that you have exuded and inspired many youngsters with.

Many of your memorable on-field moments exemplify a particular generation of Indians. This generation of Indians does not hesitate to take risks and back each other’s abilities in even the toughest situations – seen in the way you took risks many a time in backing little known youngsters to deliver in high pressure situations. The 2007 T-20 World Cup Finals is a perfect example of this spirit.

This generation of Indians does not lose their nerve in decisive situations; we saw that in many of your innings and games.

Our youth does not lose heart in the face of adversity and, most importantly, are fearless, just like the team you led.

No matter what hairstyle you sported, your calm head remained the same in victory or defeat, which is a very important lesson for every youth.

I would like to also mention your special association towards India’s armed forces. You were most happy being among our army personnel. Your concern towards their welfare has always been remarkable.

I hope Sakshi and Ziva get to spend more time with you. I convey my good wishes to them as well, because without their sacrifices and support nothing would have been possible. Our youth could also learn from you how to balance professional and personal priorities; I remember seeing a picture of you playing with your cute daughter even as everyone around you was celebrating a victory in a particular tournament! That was vintage MS Dhoni.Wishing you the very best for your future endeavours.

Dhoni retired from international cricket but will play the IPL. He is the only skipper so far to have won the three ICC trophies.

Mohammad Amir to come out of retirement?