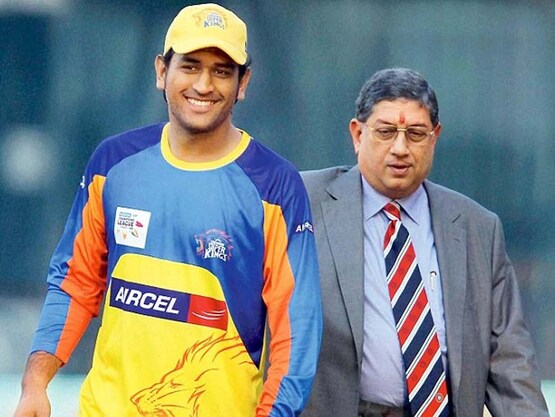 Chennai Super Kings owner and industrialist N. Srinivasan said that the IPL franchise made a successful comeback after a two-year ban due to the determination of captain MS Dhoni and the team players.

“Chennai Super Kings was hit by turbulence with a two-year ban and staged an ultimate comeback in 2018. Turbulence can hit anybody”, he said.

Srinivasan, Vice President and Managing Director of India Cements, was speaking on the topic of ‘Leadership in a Turbulent Times’ on Thursday at the 37th lecture organized by IIT Madras and the Employers’ Federation of South India. Chennai Super Kings were banned for two years (2016, 2017) but the team returned to the IPL in 2018 to win their third title. This year the team lost to Mumbai Indians by one run in the final.

EFSI President and Brakes India Joint MD, Srikanth Ramanujam said the endowment lecture was initiated by EFSI in 1972 when the Federation celebrated its golden jubilee and since then the lecture was organised every year in IIT Madras.