Australia carried forward their winning momentum after the Kangroos beat Sri Lanka by 85 runs to take 1-0 lead in the two-match T20I series.

The visitors set up Lanka a target of 264 runs but Scott Boland and Mitchell Starc’s scintillating bowling display helped Australia win the first encounter as the quicker-duo bagged 7 wickets in total.

Mitchell Starc provided Aussies with the initial breakthroughs as he removed Dilshan in the first over and later Kusal Perera’s thick outside edge off Boland carried all the way to Starc at third man.

The Sri Lankan wickets kept tumbling at regular intervals and they were soon left tottering at 94/5.

For Sri Lanka, it was Dinesh Chandimal who showed some character as the batter scored a half century.

Later Kapugedera also chipped in with a gritty knock of 43 off 25 balls before he gave a sitter to George Bailey at point of Starc.

Faulkner and Zampa too were quite economical with their respective spells.

Earlier, riding on Glenn Maxwell’s swashbuckling ton, visitors Australia smashed a record score of 263/3 in the first T20I against Sri Lanka at Pallekele.

Sri Lanka after winning the toss opted to bowl first and the decision couldn’t have backfired in a more brutal manner.

Openers Maxwell and David Warner left no stone unturned to dismantle Sri Lankan bowling. Maxwell playing the anchor role, came up with one of his best batting display as the right-hander scored unbeaten 145 runs.

The batting though revolved around him as Warner, Khawaja and Travis Head chipped in with valuable and healthy contributions with the long handle.

Australia dominated the attack right from the beginning as the left-right combination of skipper Warner and Maxwell brought up a 50-run partnership before the captain was undone by Senanayake for 26.

Khawaja who replaced his captain at number three put together a partnership of 97 runs with Maxwell before he was sent back into the hut by Pathirana. The score then read 154/2.

But the real drama was still left. Maxwell along with Travis Head came up with n astonishing stand of 109 runs for the third wicket. This stand also etched Australia’s name in the record books as the yellow army scored 263/3 in their allotted 20 overs.

Head was later dismissed on the last delivery of the innings for 45 but it was Glenn Maxwell who guided visitors to this mammoth total.

2152 hrs IST: Drilled to long-on as Chandimal makes another fifty. A nice effort, 50 off 36 is not a bad effort at all

2127 hrs IST: Henriques to Mendis, OUT, the party is over! The crowd is stunned, and the Aussies are relieved.

2102 hrs IST: Starc to Chandimal, FOUR, full, wide and four. Chandimal throws his hands at that and gets it through the infield, past cover and to the boundary

2058 hrs IST: WICKET! 2nd one bites the dust as Perera has been undone by Boland

2050 hrs IST: Sri Lanka openers are out in the center to pursue this mammoth run-chase

2039 hrs IST: WICKET! So Sri Lanka pick up Travis Head off the last delivery but the damage has been done as Australia finish 263/3

2037 hrs IST: Perera to Head, FOUR, strays down leg and this is helped along to the fine leg boundary. Easy. Full down leg, Head gets some bat on it. Australia now have 250

2033 hrs IST: Surely, Sri Lanka’s record looks in danger with the way Australia are going about the script

2026 hrs IST: Rajitha to Head, 2 runs, dropped. Simple. Sitter. Slow delivery on off, Head gets down and swings the full delivery away to deep midwicket, where de Silva gets across and spills it

2024 hrs IST: We have had some high scoring matches in the shortest format… But today you ought to give credit to Australian batting

2020 hrs IST: Australia are looking in no mood to show any mercy on the home side as they now go past 200 runs

2004 hrs IST: In comes Travis Head… And he is with someone who won’t mind thrashing every bowler who comes in his way, that’s Maxwell for you

1955 hrs IST: More than 7 overs to go and Maxwell is looking ferocious

1940 hrs IST: FIFTY! Maxwell brings up his half century with a six

1927 hrs IST: Khawaja replaces his skipper in the middle now

1926 hrs IST: WICKET! Warner has been cleaned up by Senanayake and SL get much needed breakthrough

1922 hrs IST: SIX! Australia go past 50-run mark with a maximum from Maxwell… He reverse sweeps that one

1920 hrs IST: FOUR! Full and straight, Warner won’t want it anywhere else. He hammers it back to see the bowler and umpire scurrying for safety. No body getting close to that.

1915 hrs IST: Australia are looking strong as they move to 34/0 in the fourth over

1913 hrs IST: FOUR! Four in a row for Warner and Rajitha is under some pressure

1910 hrs IST: Lakmal to Maxwell, FOUR, all power. Overpitched on middle, Maxwell backs away, gives himself room and gets a delivery right in his arc – full and straight. Muscles his drive past cover, races away.

1906 hrs IST: Suranga Lakmal comes into bowl the second over

1900 hrs IST: Sri Lanka start proceedings with spin bowling… Senanayake has the ball in his hands

1855 hrs IST: So the players are out in the middle, Dilshan leads the huddle while Maxwell, Warner stride out

1845 hrs IST: With some options in the backyard, is this a final chance for Khawaja to make a mark in limited overs cricket????

1844 hrs IST: After Smith left the series in between David Warner’s captaincy has impressed everyone on the international front… He though won this year’s IPL with Sunrisers Hyderabad as a skipper

1840 hrs IST: So this seems to be an equally poised encounter as the two teams look to take advantage in this game 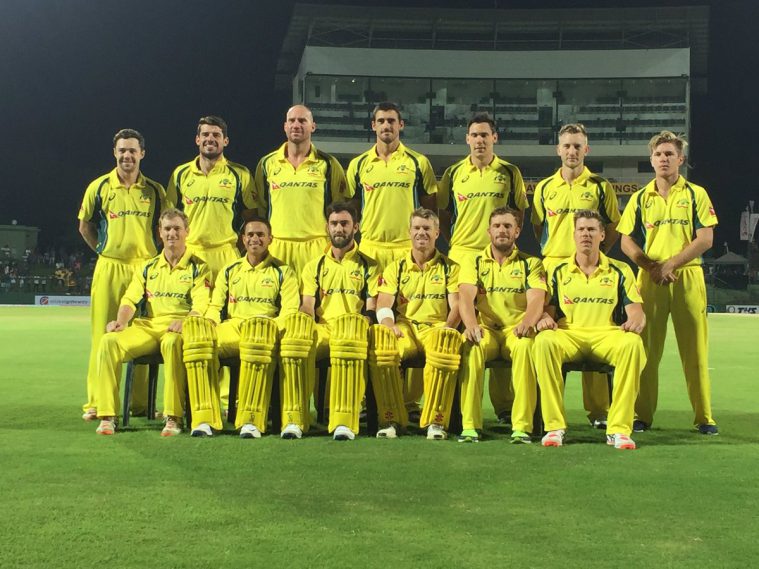 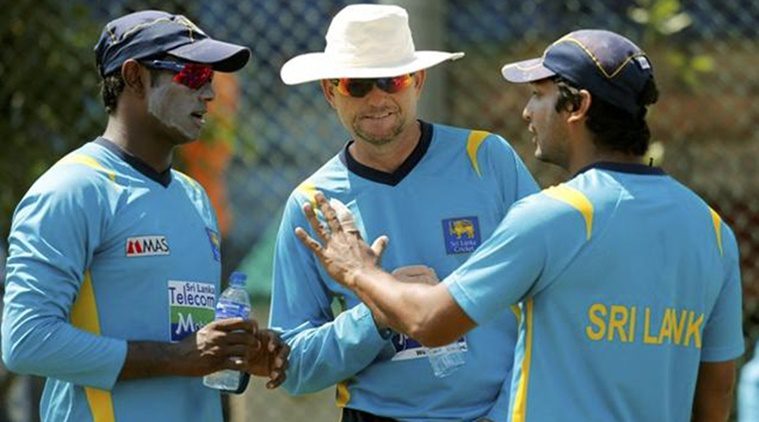 The long-standing bonhomie between sub-continental cricket boards again came to the fore as Sri Lanka Cricket acknowledged the much needed support from BCCI, which has vehemently opposed the proposed ‘two-Tier’ Test system by the International Cricket Council.