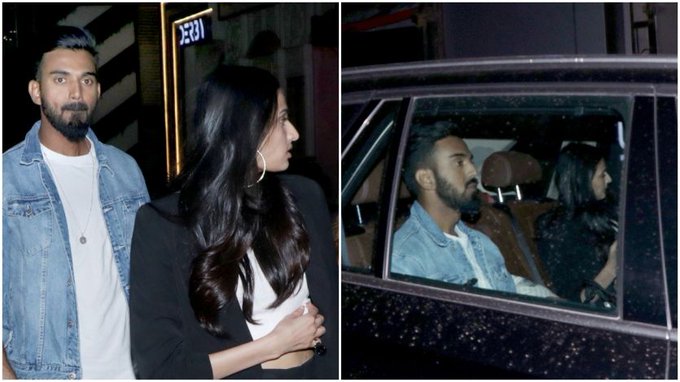 India batsman KL Rahul was spotted on a dinner date with rumoured girlfriend and Bollywood actress Athiya Shetty last week. Though none of them have made the confirmation but if reports are to believed the two are dating.

Rahul was earlier spotted on a dinner date with Nidhi Agarwal but later denied the rumours of him dating the Bollywood diva. ‘Can’t a girl and guy be good friends?’

The right-handed batsman has been out of the Indian team and is presently representing his state Karnataka at the domestic level.

This is not the first time that a cricketer and a Bollywood actress have been spotted on a date. Skipper Virat Kohli tied the knot with Anushka Sharma in 2017 while former cricketer Yuvraj Singh got married to Hazel Keech. Former India fast bowler Zaheer Khan is also married to actress Sagarika Ghatge popularly known for her role in the movie Chak De India.