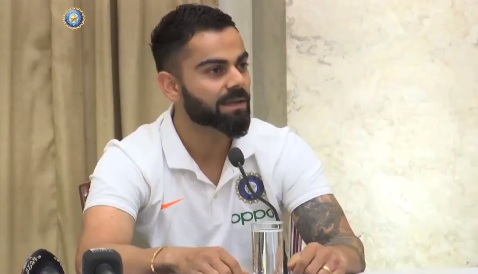 The reports of a rift between India captain Virat Kohli and his limited-overs deputy Rohit Sharma left the skipper “baffled”. The right-handed batsman further expressed his disappointment and said that it’s “ridiculous” that such lies are being fed.

It is baffling to read (reports of an alleged rift). We are feeding off lies, overlooking facts & turning a blind eye to all the good things that have happened. It is disrespectful: @imVkohli pic.twitter.com/gl9oPm8veE

I have praised @ImRo45 whenever I have had an opportunity because he has been that good. We have had no issues. We are working towards getting Indian Cricket to the top: @imVkohli #TeamIndia pic.twitter.com/ijGqyKDxtS

India’s consistency across formats has been magnificent. We will learn a lot from those 30 minutes on Day 2 against NZ in the semi-final – @RaviShastriOfc pic.twitter.com/GK0KHGgGNv