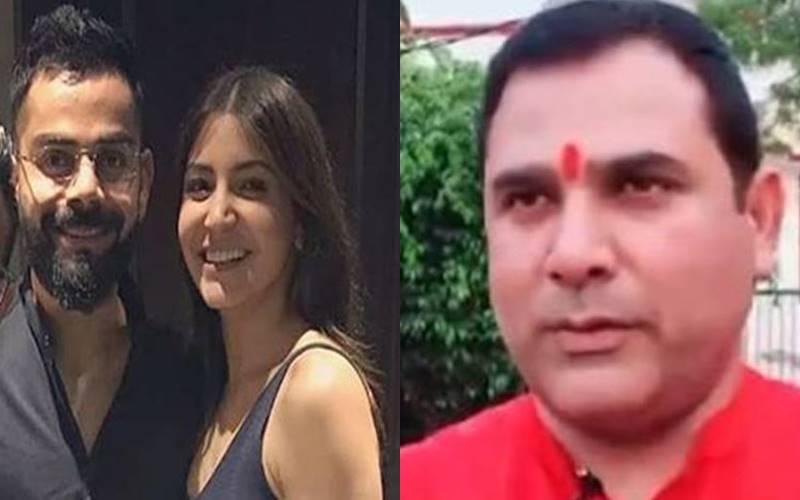 BJP Leader Nandkishor Gurjar from Loni in Uttar Pradesh has been in headlines for filing an FIR against Bollywood actress Anushka Sharma. According to him, Anushka has hurt Sanatan dharm’s sentiments after the web series ‘Paatal Lok’ that has been produced by her was released earlier this month.

Nandkishor has further said that India captain Virat Kohli should divorce her for sedition while talking to a news website.

#Ghaziabad: BJP leader Nandkishor Gurjar (@nkgurjar4bjp) has filed a case against actor turned producer @AnushkaSharma. FIR is regarding Web Series #PataalLok. He accused actress of sedition and advised @imVkohli to divorce her. (Story in Development) pic.twitter.com/NNEXAFclfX

Anushka and Virat tied the knot in 2018 in Italy. The couple is presently staying at their Mumbai residence due to the lockdown in the country.

Earlier, a number of cricketing events were canceled due to the COVID-19 outburst. India had toured New Zealand where they won the T20I series but lost ODI and Test series.

They were later slated to play a bilateral tie against South Africa at home. The first ODI of the three-match series was washed away while the other two were canceled due to coronavirus outbreak.

The Indian Premier League (IPL) too has been postponed for an indefinite time due to the pandemic while the World T20 that is scheduled to take place later this year in Australia is also under dark clouds.

Virat Kohli could have easily continued for next two years as Test captain: Ravi Shastri

If you don’t perform you don’t get your chances: Ramesh Powar after Jemimah, Shikha, Punam get dropped from World Cup squad