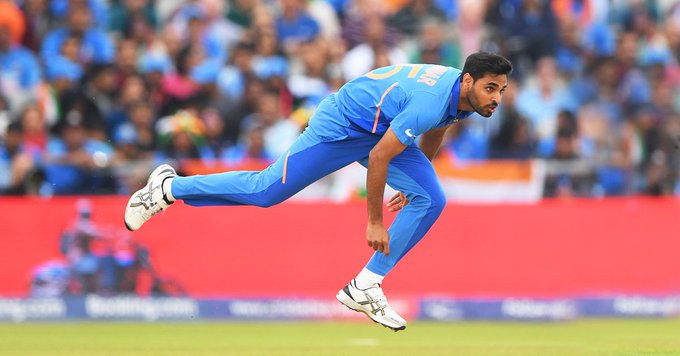 At this time, Team India has the best bowlers in the world. Bhuvneshwar Kumar has achieved a different position among the bowlers like Jasprit Bumrah, Mohammad Shami, Ishant Sharma. Bhuvi, who rocked the world many times with his best swing, has many such records which are still unique today. Bhuvi is turning thirty on Wednesday.

???????? HAPPY BIRTHDAY! Here’s wishing all the very best to the one and only @BhuviOfficial on his 30th birthday. Have a good one champ!#happybirthdaybhuvi #happybirthday #bhuvneshwarkumar #teamindia #COTI #indiancricketteam #lovecricket #cricket #BharatArmy pic.twitter.com/E12zgJJhI6

Swing is his speciality
In 2012, Bhuvi impressed the 23-year-old at the time of his arrival in international cricket. In the opening spell, he surprises batsmen’s by his own swing. Bhuvi’s career has been full of ups and downs in the last few years, but Bhuvi has not been behind in making a comeback. To meet the circumstances, his ball starts swinging on both sides. In his ‘Imitation Ball’, he is considered one of the most expert bowlers. At this time, he is not in Team India due to injury.

Created history by getting out Sachin Tendulkar on zero
In the 2008–09 Ranji season, the final match between Uttar Pradesh and Mumbai in Hyderabad became a memorable match for Bhuvneshwar Kumar. In this match, young Bhubaneswar created a panic by dismissing Sachin Tendulkar at zero. Had given. Incidentally, in domestic cricket, Sachin was dismissed for the first time at zero and he is the only bowler to dismiss Sachin at zero in the first class.

Wicket took on the first ball
Bhuvneshwar Kumar’s debut in ODI cricket was also very impressive. He took the wicket of Mohammad Hafeez on his very first international ball against Pakistan. In that match, he took two wickets for only 27 runs in 9 overs. There were three over maiden in them.

Most important record
Bhuvneshwar’s most special record is that he has bowled his first wicket in all three formats of the game. In T20 International, he has bowled Nasir Jamshed of Pakistan, Mohammad Hafeez in ODIs and David Warner in Test cricket.