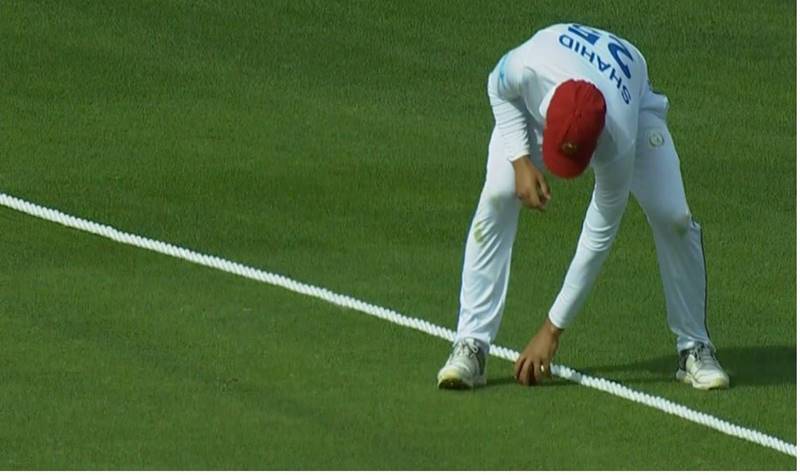 Afghanistan were penalised during the 2nd Test against Zimbabwe for conceeding a boundary deliberatly. The incident happened on Day 3 of the Test on Friday. Sikandar Raza was on strike on the last bal of the over and wanted the strike in the next over.

He hit the bal through the covers that stopped some yards away from the boundary. Hashmatullah Shahidi while stopping the ball, he put one of his feet over the boundary rope.

Afghanistan wanted to have a full crack at @BLESSINGMUZARA1 and perhaps that’s why to deny strike to @SRazaB24, Shahidi while fielding had one foot over the boundary. The umpires rightfully decided to give penalty for that deliberate effort by the fielder.
#AFGvZIM pic.twitter.com/nzVi8zC784

An extra run was awarded to Zimbabwe and Raza was allowed to retain strike for the next over.

According to 19.8 of The Laws of Cricket, ‘If the boundary results from an overthrow or from the willful act of a fielder, the runs scored shall be any runs for penalties awarded to either side and the allowance for the boundary and the runs completed by the batsmen, together with the run in progress if they had already crossed at the instant of the throw or act.’

A sneak-peek into MS Dhoni’s farm

The Hundred, Manchester Originals vs Northern Superchargers: When & where to...

TNPL 2021, Salem Spartans vs Chepauk Super Gillies: When & where...

Temba Bavuma talks about his career affected due to his skin...