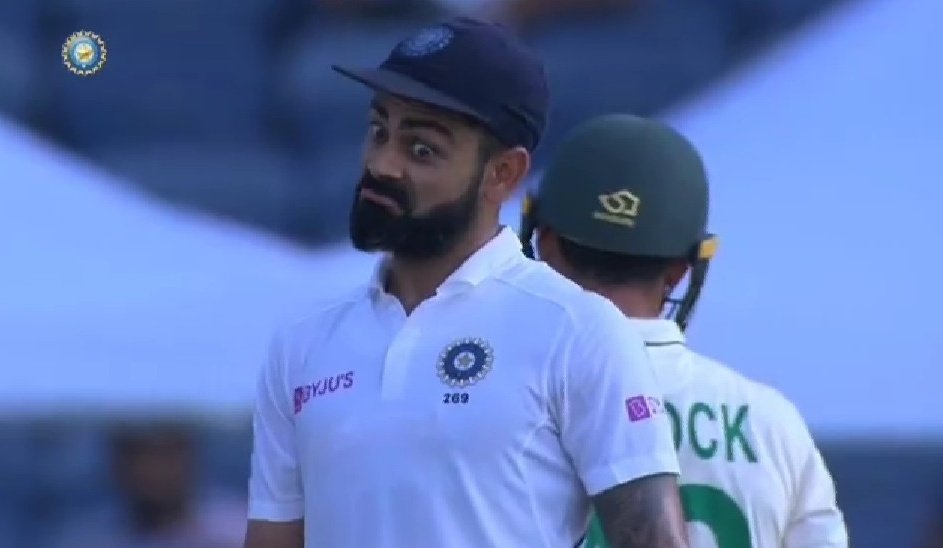 India skipper Virat Kohli made headlines during the second Test against South Africa in Pune after scoring a career-best 254* in the first innings. This was Kohli’s seventh double ton in Tests, most by an Indian batsman. With this knock, Kohli also went past the 7000-run mark in the longer format of the game. While the captain has been etching his name in the record books, there are certain records that he might not be able to break ever.

Master Blaster Sachin Tendulkar holds the record for the most number of international tons. Tendulkar in a career of almost 24 years struck 100 hundreds. Kohli who will be turning 31 in November has 68 centuries to his name. Considering his age and fitness, the present Indian skipper still has around 7-8 years left but he still needs 32 hundreds to equal Sachin’s record. This means Kohli has to notch at least 4-5 hundreds in a year. If he plays for this long, he might surpass Sachin’s record though.

Virat Kohli’s highest individual 183 came against Pakistan while the international record is held by Rohit Sharma. Sharma struck 264 against Sri Lanka and has three double tons to his name. While Kohli has been among the runs for the past 5-6 years consistently, he hasn’t really got close to a double hundred.

Dean Jones passes away at 59

I am not being sexist: Sunil Gavaskar clarifies his statement made...

Yuvraj Singh’s six sixes: Efforts of a superhuman, misery for a...