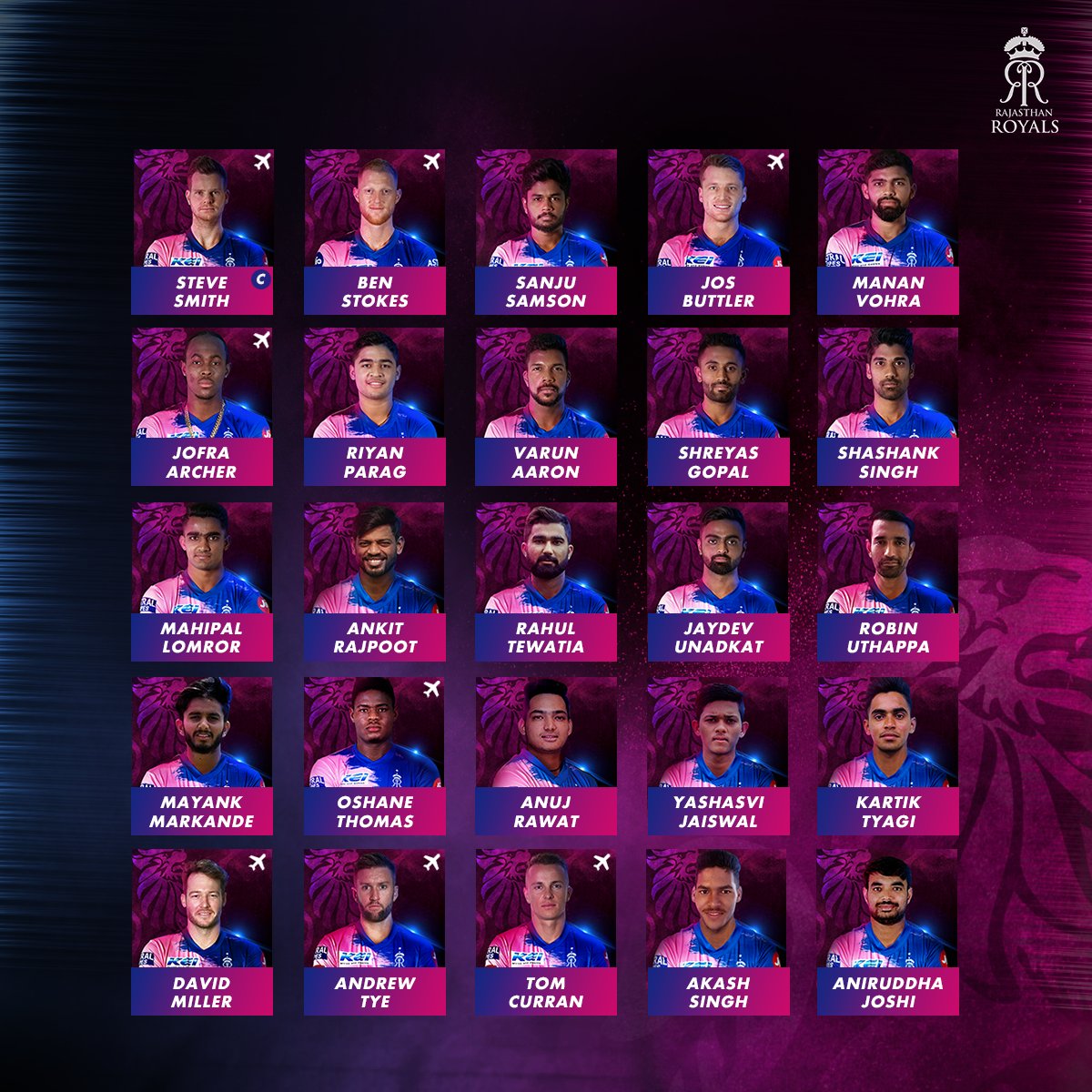 The picture of the Rajasthan Royals team for the next season of the World No.1 T20 League, Indian Premier League (IPL) has been cleared. Rajasthan Royals bought 11 players in the auction for IPL 2020. Incidentally, they released the same number of players during the IPL trade window. That is, there has been no change in the number of members in the RR team. However, despite this, there has been a change of about 40% in the team. Let us know which players of Rajasthan Royals team, who won the first season of IPL, bid on them.

The auction for IPL 2020 was held on Thursday, December 19 in Kolkata. There were 338 players at stake in the IPL auction. Of these, 62 were bid. Former champions Rajasthan took 11 of these players with them. These include seven Indian and four foreign cricketers.

Rajasthan Royals were among the teams that did not place a big bet on any player. Instead, they bid on senior and young players considered useful. Their biggest dialects were named after Robin Uthappa and Jaydev Unadkat. Rajasthan bought these two players for Rs 3-3 crore.

When it all comes together, just like we wanted. Here’s to the new members of the #RoyalsFamily ???? pic.twitter.com/73hfkfeug9

Rajasthan Royals bought a total of 11 players. These include Yashasvi Jaiswal, Karthik Tyagi, Andrew Tye, Tom Curran, Anuj Rawat, David Miller, Oshane Thomas, Akash Singh, Anirudh Joshi besides Robin Uthappa and Jaydev Unadkat. Rajasthan bid one crore or more on 6 players. Bought five players for less than one crore. Rajasthan also had released Unadkat this year and then bought him back in the auction.

Rajasthan made the third big bid on Yashasvi Jaiswal. They bought this player from Uttar Pradesh playing Mumbai for Rs 2.4 crores. Yashasvi recently scored a double century in the Vijay Hazare Trophy. He is the youngest player to score a double century in List A tournament.

NADA begins collecting samples of IPL 2020 players in the UAE