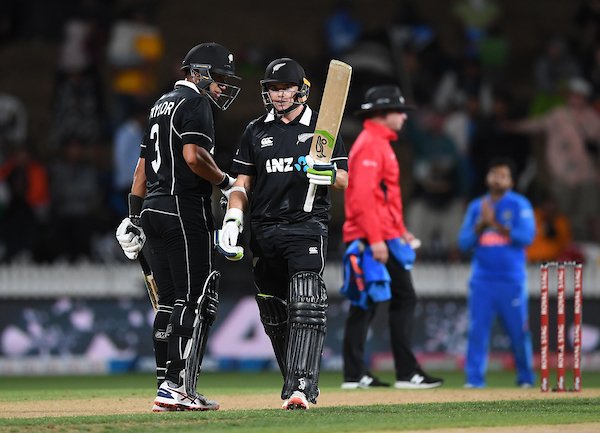 When the New Zealand team came to play in Hamilton for the ODI series against India after a 0–5 loss in the T20 series, they had nothing to lose. New Zealand chased the target of 348 runs given by Team India and won the biggest (in terms of the biggest target) against Team India.

Ross Taylor scored a brilliant 109 for New Zealand and he returned to the pavilion after winning the team. Apart from Taylor, captain Tom Latham scored 69 off 48 balls, Henry Nicholls made an important contribution in the team’s victory by scoring 78 runs.

Earlier, apart from the first century of Shreyas Iyer’s career, India set a challenging target of 348 runs in front of New Zealand on the basis of half-centuries from captain Virat Kohli and Lokesh Rahul. Iyer made an excellent partnership with the captain in difficult times and scored 103 runs off 107 balls. Captain Kohli supported him with 51 and Rahul scored an unbeaten 88 to bring India to a score of 347 runs for four wickets in 50 overs.

Captain Kohli and Iyer made it difficult for the Kiwi bowlers after both the openers were dismissed after adding 50 runs before 10 overs. Both shared a 102-run partnership for the third wicket. Virat Kohli could not read leg-spinner Ish Sodhi’s googly immediately after completing his fifty which took his wicket.

Iyer was not affected by Kohli’s departure. He kept playing his game. He was dismissed on the ball of Southee after completing his century. Iyer was dismissed for a total score of 292. Iyer and Rahul added 136 runs for the fourth wicket. After Iyer, Rahul and Kedar Jadhav scored fast and brought India to a huge score. Rahul played 64 balls in his unbeaten innings, hitting fours and three sixes. Saudi took two wickets for New Zealand. Sodhi and De Grandhom got one wicket each.

Now the next ODI match between the two teams will be played at Eden Park in Auckland on the 8th.

INDvsNZ: These 5 stars of Team India shine in the second...