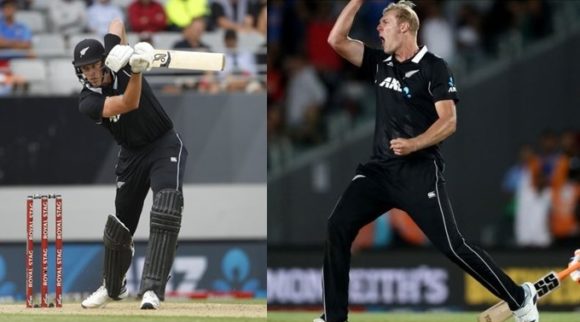 Team India had to face defeat in the second match against New Zealand in the ODI series. In this match, the match remained the same for 41 overs in both innings where bowlers dominated the batsmen. But in both innings, the decision was made with the difference of death over. New Zealand’s Kyle Jamieson played an important role in making this difference.

Jamieson scored an unbeaten 25 off 24 balls with 4 fours and 2 sixes in the final over of New Zealand with Ross Taylor in the first over, which enabled the team to end the innings with a score of 273 after scoring 196/7 in 41 overs. Jamieson shared a 76-run partnership with Taylor and then took 2 crucial wickets for 30 runs in 9 overs.

After winning the man-of-the-match title after the match, Jamieson said, “He is feeling great. There were a lot of ups and downs in the match. Our intention was simple, we had to take the game to 50 overs. If 230-240 We would have been happier too. I only wanted to stay with Ross and play till the end.

Jamieson is also the longest player in the New Zealand team. He also became the second New Zealand player to have won the title of man of the match in a debut match.

It is also a strange coincidence that after 41 overs, Team India’s score was 197/7. According to this figure, both teams were even on par, after which the work is done by Taylor-Jaimeson for New Zealand. Ravindra Jadeja and Navdeep Saini did the same thing for Team India. But both could not save their wicket till the end and Team India had to face defeat.