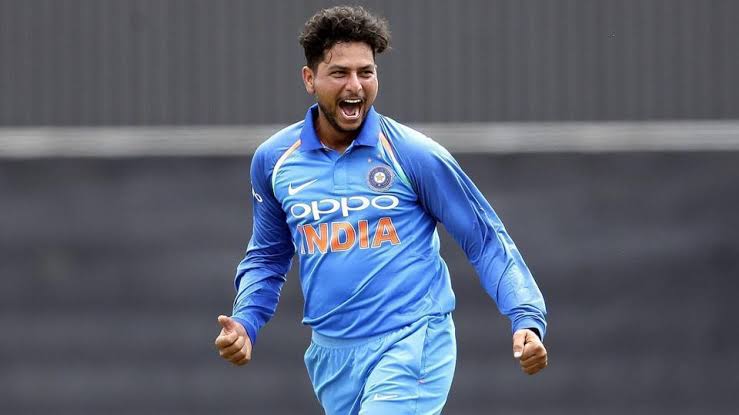 Kuldeep Yadav became the first Indian to take a hat-trick for the second time in ODI history, one wicket away from completing his 100 wickets in ODI cricket. Kuldeep took a hat-trick in the ODI match against West Indies on Wednesday. Team India won the match in Visakhapatnam and level the series 1-1, after which the ODI match in Cuttack on Sunday has become decisive.

If 25-year-old Kuldeep gets one wicket in the third ODI against West Indies at the Barabati Stadium here on Sunday, he will become the 22nd Indian to take 100 wickets in ODI cricket.

Chinaman bowler Kuldeep has taken 99 wickets in 54 ODIs so far. If he completes his 100 wickets, he will become the first Indian to take the fastest 100 wickets in ODI cricket. This record is recorded in the name of fast bowler Mohammad Shami, who has achieved this feat in 55 ODIs.

Kuldeep will also become the eighth Indian spinner to complete 100 wickets. Former leg-spinner Anil Kumble is India’s most successful spinner in ODIs. He has taken 334 wickets in 269 ODIs.