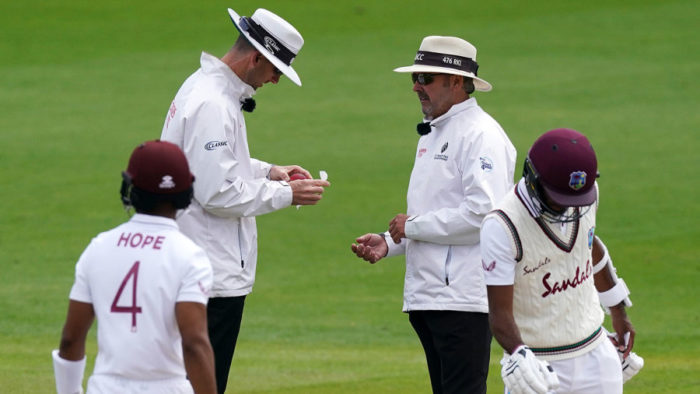 England’s Dom Sibley accidentally used saliva on the ball on Sunday, the fourth day of the second Test against the West Indies, after which the on-field umpire had to disinfect the ball under the new guidelines of the International Cricket Council (ICC).

This is the first time under the ICC’s Covid-19 guidelines that umpires intervene to sanitize the ball during an international cricket match.

The incident took place just before lunch at Old Trafford Ground. In the 42nd over of the West Indies innings, umpire Michael Gough was seen rubbing a tissue paper on either side of the ball to disinfect it.

As soon as Sibley used saliva on the ball, the England team itself informed the umpires about it.

The ICC Cricket Committee, headed by Indian spin legend Anil Kumble, recommended a ban on the use of saliva to shine the ball in the wake of the Corona virus epidemic, which was implemented.

Under the new ICC rules, matches are being held in a bio-safe environment in which only sweat can be used to shine the ball.

According to the new rules, the bowling team will be warned on the use of saliva inadvertently. The team will be given a five-run penalty after two warnings.