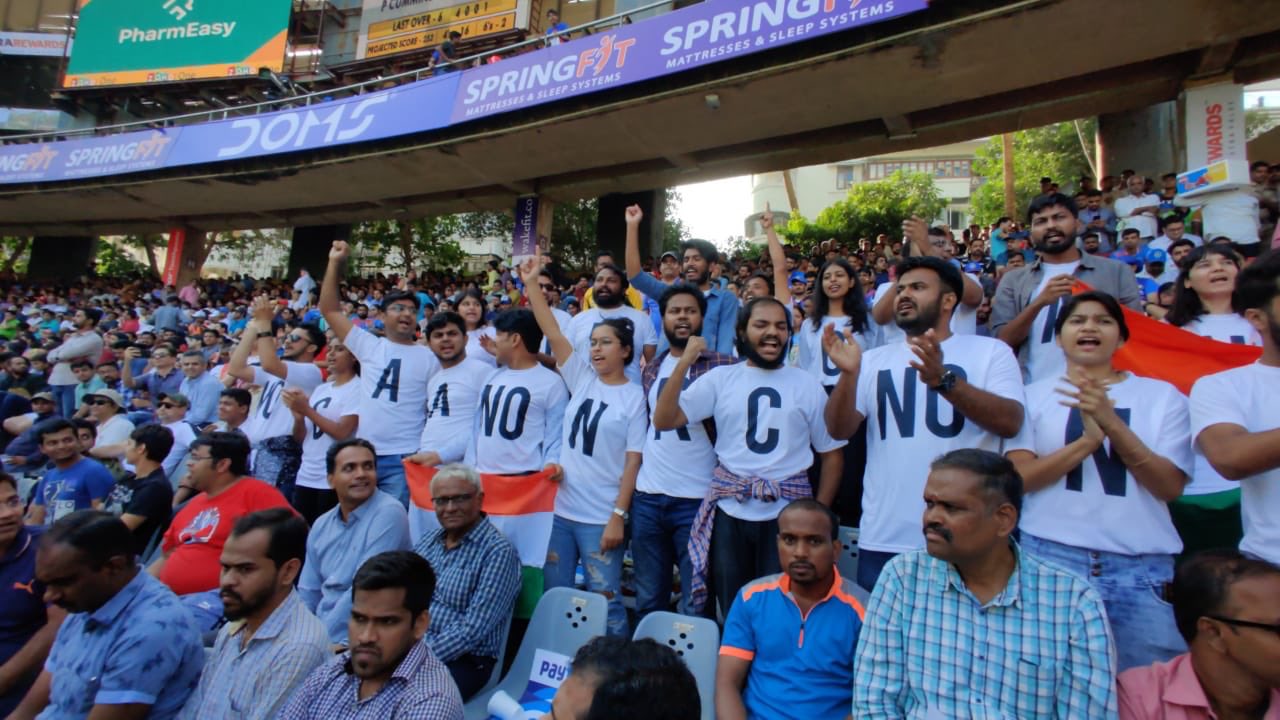 In the first match of the 3-match ODI series being played between India and Australia, a peculiar case came to light. In fact, during the one-day match at the Wankhede Stadium in Mumbai, some people came to protest the Citizenship Amendment Act (CAA) and the National Register and Citizen (NRC), but they got a smiling reply in the stadium.

In a stand at Wankhede Stadium, about a dozen people were wearing Protesters wearing No CAA and No Nrc T-shirts. After this, the security personnel of the stadium stopped them. Meanwhile, people around them started shouting slogans of Modi-Modi. After a long time, the matter was calm and the video and pictures of this entire incident are going viral on social media. The security personnel explained to the protesters and pacified the matter.
Watch Video:

Some people come to wankhede stadium for protest CAA NRC, but people started shouting slogans of ???? Modi Modi ???? in the stadium. pic.twitter.com/ey9ZryBoYg

Let me tell you that there are protests all over the citizenship amendment law. Meanwhile, some protesters came to protest against this law during a cricket match. People habitually reach to cheer their favourite players and teams, but these people come here to perform against CAA and NRC.