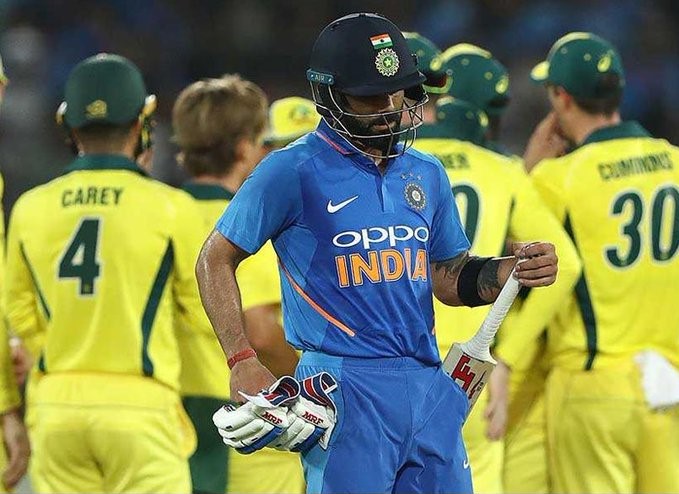 Indian captain Virat Kohli is the best batsman of the present time. Especially, when it comes to ODI cricket. The best bowler is seen struggling in front of Virat Kohli. But there is also an Australian bowler who likes to bowl to Virat Kohli. This bowler is none other than leg-spinner Adam Zampa. He has dismissed Virat Kohli four times in ODI cricket.

The first ODI of the three-match series was played on Tuesday between India and Australia. 27-year-old Adam Zampa dismissed Virat Kohli in this match played in Mumbai. He caught the Indian captain on his own ball. This is the fourth time he has shown Kohli the path of the pavilion. Looking at the record book, it is known that Virat Kohli is the favourite victim of this Australian spinner.

Adam Zampa has played 49 ODIs so far and has taken 66 wickets. Zampa has dismissed Kohli the most four times. Apart from this, he has dismissed seven batsmen twice. These include four Indian cricketers. Rohit Sharma, Kedar Jadhav, MS Dhoni and Hardik Pandya have been dismissed twice on this Australian’s balls.

Not only in ODIs, but Adam Zampa also likes Virat Kohli’s wicket in the T20 format. Zampa has taken 20 wickets in 27 International T20 matches in this format. He has dismissed four batsmen twice in his T20 International career. These include Virat Kohli as well.

Talking about Virat Kohli, he has been dismissed by Ravi Rampal of West Indies most times in ODIs. Rampal has dismissed Kohli six times. Sri Lanka’s Thisara Perera and New Zealand’s Tim Southee have dismissed Kohli five times. Apart from these, there are five bowlers who have dismissed Kohli four times. These include Jason Holder, Sooraj Randiv, Graeme Swann and Jay Richardson in addition to Zampa.

Aaron Finch explains the cause of win says bowlers brought his...