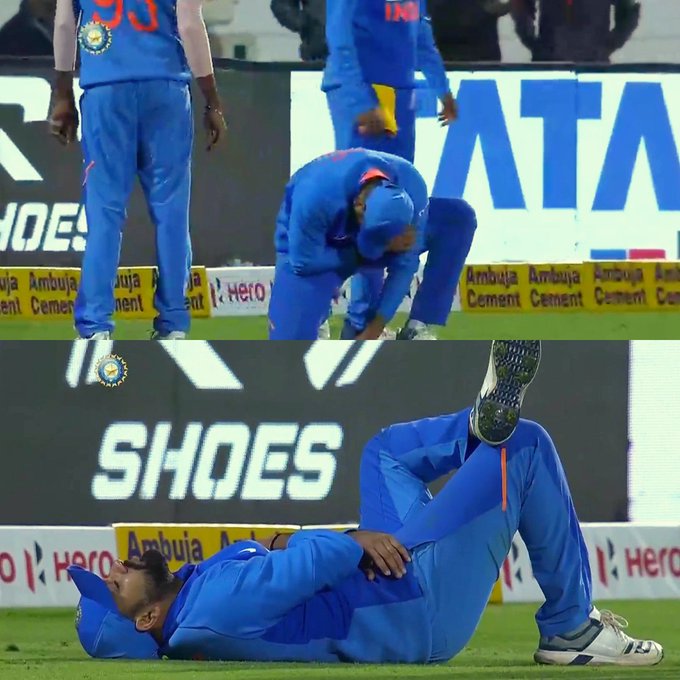 Team India’s vice-captain Rohit Sharma was injured during the second ODI against Australia and went out of the field due to injury. After this, he did not return to the match. Indian captain Virat Kohli gave relief to the fans after giving information about Rohit after the match.

Virat has said on Rohit Sharma’s injury that he is fine and it is expected that he will play in the third ODI against Australia. Rohit was injured in an attempt to stop a ball going towards the boundary line in the 43rd over of the second innings in Rajkot on Friday.

Kohli said after the match that the left shoulder had landed while fielding Rohit, but there is no indication that it was a long injury. Kohli said, “I have spoken to him. There is nothing in it and hopefully, he will play in the next decider.”

Rohit scored an innings of 42 runs in 44 balls in this match. India scored a mammoth total of 340 runs for six wickets in 50 overs and then allotted Australia for 304 runs in 49.1 overs to win the match by 36 runs to take 1-1 in the three-match ODI series.

The third and decisive ODI between the two teams will be played in Bengaluru on Sunday. The first match was won by Australia by 10 wickets. In such a situation, the last match has become like the final match of the series.