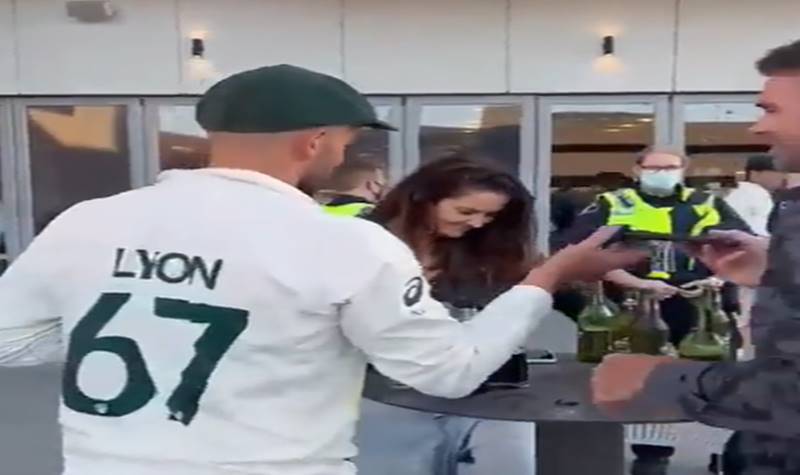 The post-Ashes party of some of the Australian and England players was shut down by the police after an alleged noise complaint.

A policeman can be heard saying: “Too loud. You have obviously been asked to pack up, so we’ve been asked to come. Time for bed. Thank you.”

England assistant Graham Thorpe can be heard. “We’ve got Nathan Lyon, Root, there’s Carey and Anderson,” Thorpe is heard saying. “I’ll just video this for the lawyers. See you in the morning everyone.”

Well done to the cops for breaking up this little post #ashes party 🤦🏽‍♂️ pic.twitter.com/OUwfxHM62r

“The England party have apologised for any inconvenience,” ECB’s statement said. “The hotel management received a noise complaint by a hotel guest and, as is commonplace in Australia, the local police attended the scene.”

“When asked to leave by hotel management and the Tasmanian police, the players and management in question returned to their respective hotel rooms. The ECB will investigate further. Until such times, we will make no further comment.”